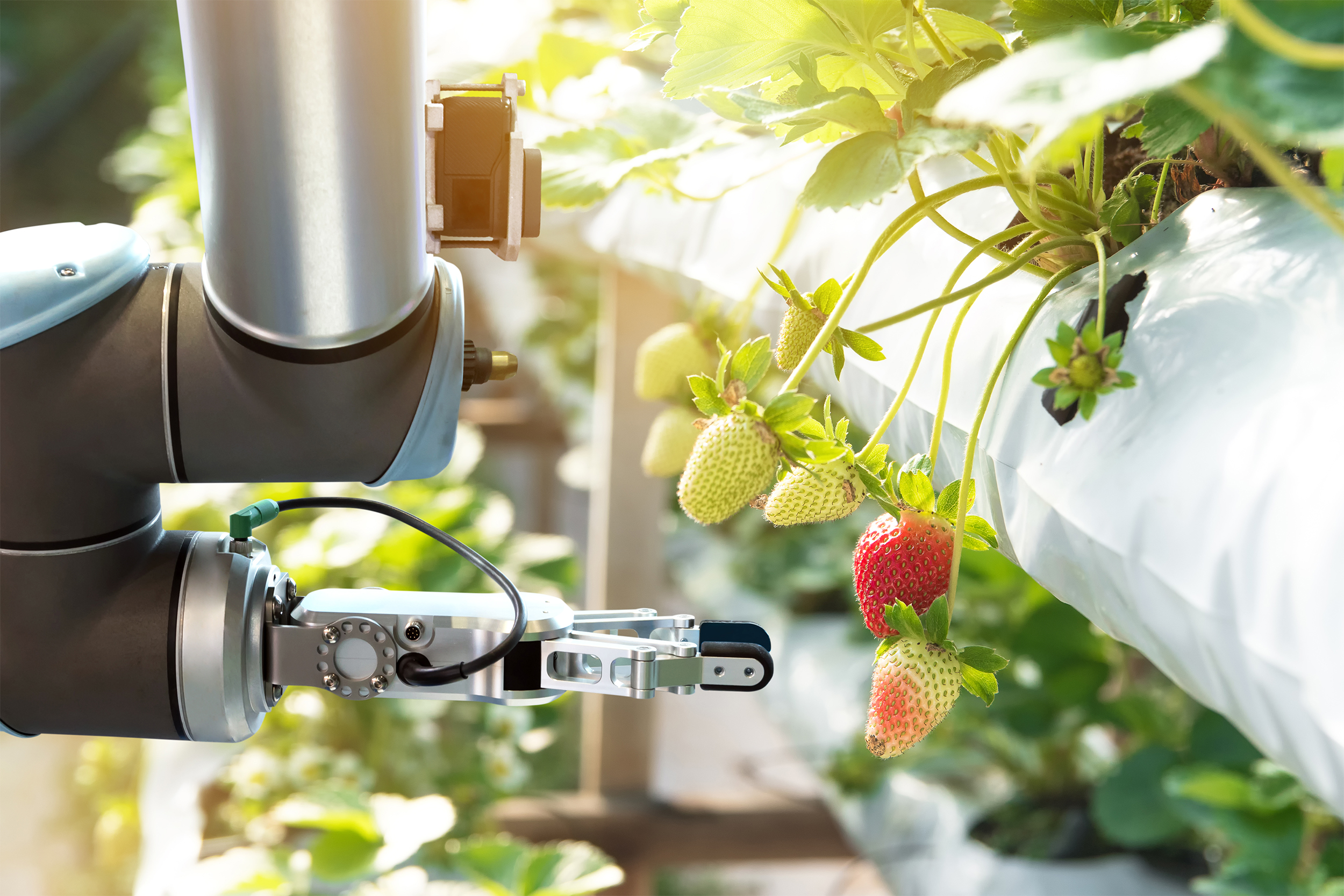 Farming may be one of the oldest industries, but it’s also one of the most innovative.

To many of us in the modern day, farming hardly seems like the most cutting-edge sector. It’s easy to view the “high tech” world powered by algorithms and microchips as at odds with rural farmlands where a great deal of labor is still done by hand. In reality, innovations in agriculture have often coincided with civilization advancement, from the invention of the plow, to new methods of irrigation, to modern tractors and harvesters, to genetically engineered crops and synthetic fertilizers.

Some intersections of technology and agriculture are more obvious than others. For instance, we’ve written in the past about the benefits of vertical farming, and all the ways in which a smart farm can be built in a controlled environment. However, it would be incorrect to suppose that advanced technologies have no place on traditional farms, or that vertical farms are on the verge of replacing the broad, pastoral landscapes we’re so familiar with.

On the contrary, while vertical farms show a lot of promise (especially in areas with low land availability or harsh weather conditions), more innovation is required to help them become both energy efficient and cost-effective. In the meantime, many of the technologies transforming modern manufacturing are showing similar promise in the field. Their adoption by farmers has the potential to increase crop yields, lower the cost of groceries for consumers, compensate for labor shortages and environmental stressors, and create a more sustainable industry. Here’s how.

Over the past century, farming equipment has transformed from tools pulled by teams of oxen to enormous specialized machines that can plow, plant, spray, irrigate, harvest, sort, and bale—and that’s just a partial list. This equipment has let farmers expand their fields and manage them more efficiently, even as the available pool of farm laborers has diminished.

With recent advances in Simultaneous Location and Mapping (SLAM) technology and industry leaders such as John Deere and Case IH releasing autonomous equipment, it seems only a matter of time before AI-operated tractors are the new norm.

For years, declining honeybee populations have made headlines, stoking anxieties that widespread colony collapse could lead to a food crisis. It’s not just bees, either. Population counts from pollinators, including insects and birds, have been dropping. While the factors behind these numbers are varied, the consequences are clear: fewer pollinators means lower crop yields.

While some crops can be pollinated by hand, doing so is labor-intensive and rarely cost-effective. However, robotic pollinators may change all that. Currently, several different concepts for autonomous pollinators have been proposed, with designs ranging from swarms of micro drones to multi-armed mobile robots. Although the technology is still demonstrating proof of concept, the possibilities are exciting.

One of the appeals of vertical farms is that they allow for greater control over crops. In an open environment, it isn’t possible to pre-program the weather, or to precisely account for soil nutrients or the amount of sunlight a crop receives. However, it is possible to more efficiently monitor crops, and to set up automation systems that tend to them when certain conditions are met.

For instance, soil probes can sense when a crop needs watering, and program irrigation systems accordingly. Or, they may measure for different nutrients, allowing farmers to more effectively fertilize their fields. Drones could be used to monitor crops looking for signs of pest damage, and applying pesticides only where they are needed. Combined, smart monitoring can conserve water, reduce fertilizer runoff, and limit the unintended side effects of indiscriminate pesticides.

While specialized machines exist for the harvesting of large crops such as corn and wheat, many crops have traditionally been too delicate to be harvested in this way. Unfortunately, harvesting crops by hand is not only back-breaking work, it’s also tedious, time-consuming, and doesn’t pay well. For these reasons, among others, the availability of laborers in agriculture has declined, making it more difficult for farmers to get their produce to market.

Fortunately, automation is offering solutions. For one, visioning systems are becoming more accurate, making it easier for robots to identify when crops are ripe and ready to be picked. For another, robot designers are finding creative ways to design end effectors that can handle crops of all kinds, from robotic hands that mimic human dexterity, to vacuum hoses that suck ripe fruit from the vine.

Automation is the next step in farming innovation.

Only a few decades ago, the idea that large farming machines could be used to plant and harvest crops on a mass scale was a technological marvel. However, these innovations have been crucial to supplying grains and produce to a growing population at costs that are more affordable than at any time in history.

Today’s farmers face new problems. But advanced technology does more than offer a solution to current challenges—it provides the key to improving upon them. Automated agriculture has the potential to produce larger crops more cheaply while also improving on produce quality and reducing negative environmental impacts.

As automation experts, Eagle can help you design and implement agricultural solutions that take full advantage of the latest technology. Contact us today to learn more about our capabilities.