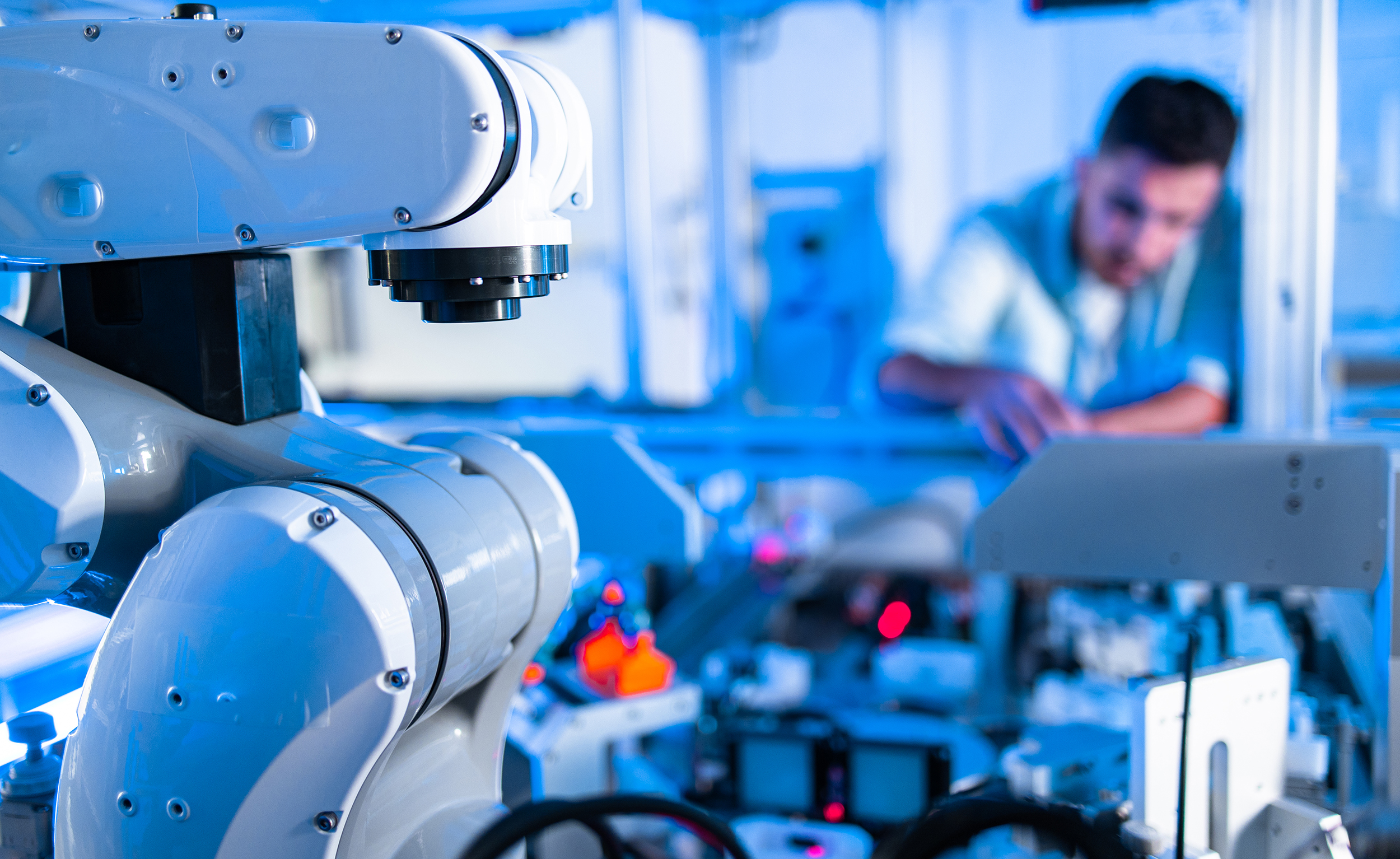 Automation is reshaping the future of work. Businesses should be optimistic, but prepared.

In the middle of the last century, the rise of computers and information technology spurred huge economic advances around the world. At the time, many feared that the disruption brought about by computers and their related technologies would lead to a massive displacement of workers—which it did. But this wasn’t a bad thing. As we now know, whole careers exist today that did not exist even a few decades ago, and many of these jobs are the kind of high-skilled labor that pays well and promises long-term stability.

To understand the state of automation and manufacturing, let’s look at some statistics about factory automation, and the lessons we can draw from them.

1. Industrial automation is reaching a key phase of the technology adoption life cycle.

The adaption of new technologies follows a predictable bell curve. First, there are the innovators, who invent and experiment with new technologies. Once they have found a technology that seems to work, they introduce it to others. Those who take the innovators up on this new technology are the early adaptors. They are the first to recognize the potential of a new way of doing things, and are willing to handle some amount of risk of to take advantage of it.

As an idea gains steam and becomes mainstream, the number of adopters goes over the hump of the bell curve. The predicted growth of the industrial automation market over the next five years indicates that the market is currently in this burgeoning area of growth. Companies who fail to automate now will find themselves lagging behind the competition, out of step and struggling to make up ground.

Even with the increased adaption of automation technology, there’s still room for more integrated systems, even in companies that have automated. Early adopters can fall behind if they don’t keep looking for places to integrate new technologies. This indicates that the growing market for industrial automation is likely to continue expanding for years to come.

While many outside the industry habitually view automation as a way for factories to cut workers, most businesses are adopting automation in order to keep up with a growing demand for more product. The critical need is not to cut workers—who are often needed in high-level tasks to keep the business running—but to expand production capacity in areas where there are widespread worker shortages.

Increasing automation in manufacturing plants has an additional benefit of lowering the cost of goods, which strengthens the purchasing power of consumers across the economy more broadly. This is leading to new opportunities outside manufacturing, enabled by more affordable goods.

Finally, robots take over high-precision, repetitive tasks from human workers, those workers will need new training to fill shortages in other areas of skilled work. Some of this training can be learned on the job, but other training needs must be met by the society more broadly, including through technical and trade schools, apprenticeship programs like the one we run here at Eagle, and increased awareness for the kinds of jobs that exist for skilled workers in manufacturing.

Overall, these jobs will pay better, promise more benefits, and be more stable for workers than the manufacturing jobs currently being replaced by automation. The faster we can build a workforce capable of handling them, the better we will be.

Automation will make economies more resilient and will lead to better work environments for employees.

Overall, automation is good for workers and economies. Factory automation helped businesses respond more rapidly during the Covid-19 pandemic, as it allowed businesses to keep running even when workers had to stay home. And while automation does displace some workers from traditional manufacturing jobs, it also creates new jobs that are more desirable, and better suited to the tasks that people are capable of doing.

The key takeaway for businesses should be that people are not robots, so we should stop expecting people workers to function that way. Instead, manufacturers should be proactive in finding ways in which automation can free human employees from repetitive tasks, and look for areas where they can put their skills to use where their creativity and good judgment will be properly valued.

As with any disruptive technology, automation brings with it opportunities for growth, as well as a need for businesses and individuals to adopt. Understanding the realities surrounding the adoption of automation is necessary for businesses to prepare themselves strategically for the future.

If you are looking for automated solutions to your manufacturing challenges, contact Eagle today.