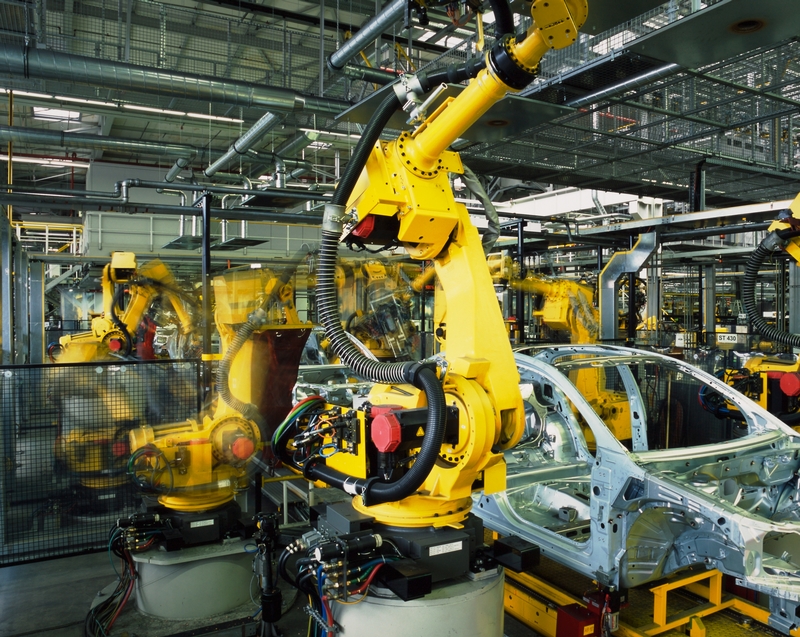 Factory automation, up to this point in time, has been inhibited by the size of the machines and their inability to be aware of their surroundings – requiring cages and other safety devices to keep their human co-workers safe, the machine’s inability to tell whether there is an issue with the product its manufacturing, and the ability of the manufacturer to make changes to the the production line quickly. However, with new 3D vision products being offered, there is a new world of possibility for making factory robots more aware of their surroundings, helping to shorten the time between manufacturing steps and visual inspections, and improving the flexibility of the production line.

“The use of 3D in vision applications has been evolving for a while,” said Jeff Bier, founder of the Embedded Vision Alliance, in an interview with EE Times, “but in the last year or so it crossed a critical threshold. Multiple suppliers are now offering 3D vision modules at low cost, making it practical in industrial applications where it wasn’t before.”

These new, low-cost 3D vision modules can help create a better, more robust, and more flexible robots – they could help the robots to see what they’re working and and if changes are being made while the production line is running. The new 3D vision systems could also make putting humans and machines side-by-side a much more normal occurrence, if the robots can “see”, they can tell where their human counterparts are and avoid them while performing their production tasks.

Bier pointed out that this expanding availability of 3D vision technology and options will prove a boon for factory automation. [I]f a vision system is on the robot, that vision can detect (and potentially correct) problems as they occur rather than have them propagate down the assembly line. With 3D vision the robot could, for example, be able to readily identify individual parts, their shapes, and their relative positions, which would allow it to correct for such things as misalignments and incorrect sizing. Likewise, a 3D vision system on a transport robot that moves parts around a warehouse would be able to navigate a relatively unstructured environment, bypassing obstacles and avoiding collisions, rather than requiring clear, pre-defined pathways. The addition of 3D vision can also help improve factory safety and permit closer interaction between robots and human workers. A 3D vision system would allow a robotic system to detect the presence of humans in danger areas and to avoid them.

By adding “eyes” to factory robots, factory automation will easily move manufacturing into the future. Robots that can check for production errors, react to changes on the production line, and that humans can work with side-by-side with will make for a smoother operating factory of the future that can handle changes in consumer demand, or anything else that come its way.

To read more about the new 3D vision systems and their applications, read Rich Quinnell’s article at eetimes.com.