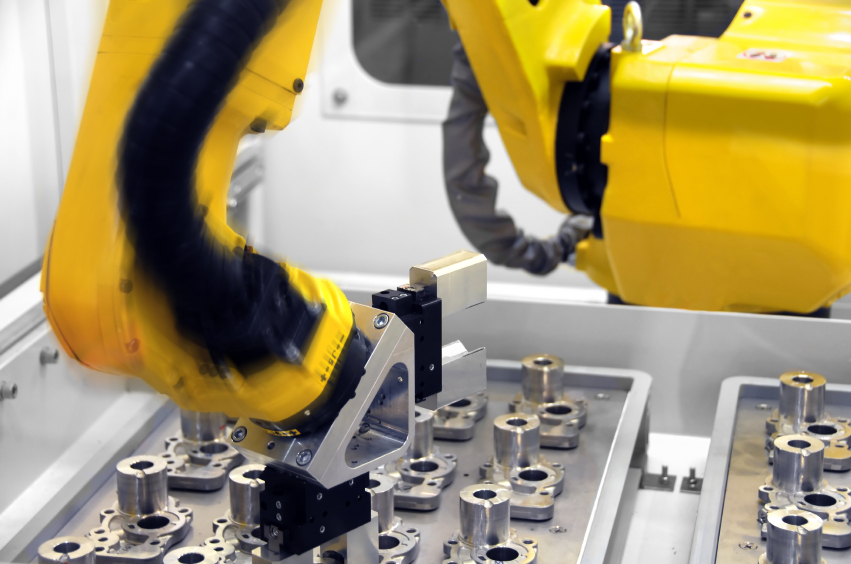 The total cost of installing and integrating robots in a production line can be four to 10 times the actual purchase price of the robot. There is an understandable degree of sticker shock associated with automating manufacturing processes using robots.

For smaller manufacturers, collaborative automation has been the sole source of robotics in these factories. Because of the compromises that have to be made in the robot’s capabilities, their prices and implementation costs are much lower than full-scale automation. Even with their limited capabilities, though, newer collaborative robots are more useful and safe to have in the factory, as well as more affordable to the manufacturer.

In the past few years, new collaborative robot designs have been introduced to the marketplace. These robots are built to be easy to use and to safely work alongside people. This built-in safety decreases the infrastructural requirements and integration costs. This makes automation more affordable and reduces the time to bring a new workcell online. When validated with new safety standards specific to collaborative robots, the necessity to physically separate workers and machines dissolves. Now robots and people have the potential to work in the same environment – even on the same workpieces – at the same time.

Ultimately, collaborative robots are not intended to replace people on the shop floor. Rather, these robots are meant to compliment people by providing a safe, functional, and adaptive tool. Such tools perform the menial and repetitive tasks, freeing workers to better leverage their creativity, problem-solving skills, and agility in their job functions. As robot technologies improve, collaborative robots will become even better, more capable assistive tools. This will make their coworkers even more productive and valuable as contributors to the manufacturing goal. If this productivity is intelligently leveraged, manufacturing performance will be enhanced, thereby making a company more economically competitive.

Especially in the case of smaller manufacturers, we are seeing more human-machine collaboration on the factory floor. By having safer, more useful collaborative robots, these manufacturers are not replacing workers, but increasing their workers’ productivity.

Read more about how manufacturers are using collaborative robots.