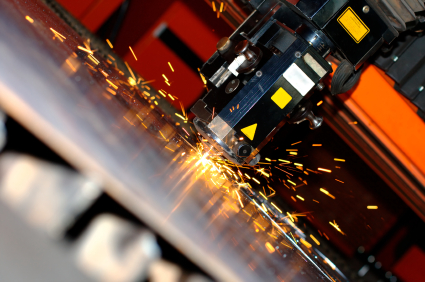 The Costs of Green Legislative Compliance

The trend toward environmental friendliness has been helped by government incentives like grants and tax breaks for greener industries. However, the other side of that coin is mandatory compliance to new environmental legislation. Government officials put the laws into place to affect change in the ways that companies use natural resources, and apply green policies. Although the legislation forces some of the polluting offenders to clean up their act, it also spells out expensive changes to plants, products, and the way in which companies do business. The effort involved in meeting compliance laws is often, significant, and may take some time to materialize as increased revenue.

When the federal government required that all automobiles meet an increased fuel economy standard by the year 2020, automakers had to scramble to revamp their projects—especially in the non-hybrid car models that were to be released in the next few years. Called the Energy Independence and Security Act of 2007, the law has done much to decrease American dependence on oil.

The legislation has accumulated costs for the auto industry as well. It has also caused automakers to scale back traditional projects, while they retool for newer models. Research and development departments had to find ways in which each new model can be revamped to meet new standards. Marketing and advertising strategies were redesigned to feature the new components, green features, and the company’s eager cooperation with government mandates to help the environment. The costs involved for automakers like Ford and Nissan have forced those companies to find ways to reduce the costs of compliance, by being proactive in their environmental advances. Proactive compliance is the implementation of developments before they are mandated by law. Companies who practice this look at the advancing standards, gauging the ones that the government will most likely adopt. It isn’t as difficult as it sounds, either. The government generally only mandates to existing technologies, and regulations are written with cooperation from people within the industry, who understand the engineering challenges that compliance may pose. Many companies that work proactively create better systems using their own research and development programs. The fuel economy requirements for the 2007 act were already being surpassed by hybrid cars manufactured by Nissan and Toyota. The government mandate came after legislators saw those cars and realized that better fuel economy was possible.

Proactive systems are expensive at startup and require a lot of funding for research and development. The result, however, is the control of costs needed to comply with new legislation. For example, some hybrid cars were already carrying the technology needed to meet the fuel efficiency laws which came out after they had begun production. They simply needed some tweaking in order to be 100% compliant. The cost to make such cars compliant was much less than for automakers who were not at all prepared.

There are no points awarded for being almost compliant. Failure to meet all requirements could result in sanctions, fines, or worse, for the companies involved. Those participating in government incentive programs could also face losing those monetary incentives if they fail to comply. The best way to deal with these unexpected costs of green manufacturing is to be proactive about them. Always be looking for the best and most cost-effective way to make your facilities greener. If possible, stay a step ahead of regulations, which can change suddenly. Don’t just follow industry standards, define industry standards.