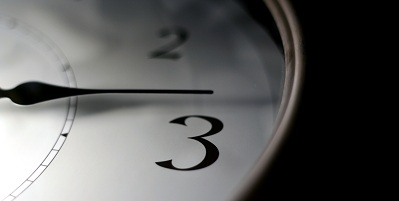 In January 2011, the U.S. Food and Drug Administration began warning of an impending shortage in the availability of certain drugs. These included cancer-fighting drugs, asthma medications and drugs often administered in the emergency room. To help patients and doctors track the availability of the drugs, the FDA set up a website where companies voluntarily update the status of drug availability. Scroll through the list and you will soon see that the most common reason given for drugs shortages is “manufacturing delay”. However, no other reason is given.

When the company decides to upgrade the plant or relocate it, the manufacturing processes must cease in order to safely complete the move. The product scheduling depends on how well the move was planned and how many delays there are in getting the plant setup once again. Considerable delays in getting the plant up and running can lead to significant shortages in the products available for sale.

In any industry, contamination in the product requires testing, inspection, diagnosis, repair of the problem and then more testing before the plant goes back online. This process can take days and even months, depending on the type and extent of the contamination. While the plant is fixing the problem, however, drug supplies will be halted for safety reasons of course. Types of contamination can include dust, lubrication and metal shavings from the machinery, bad chemical mixes, or ingredients tainted by chemicals that do not belong in the drug recipe.

The complexity of the drug’s manufacturing can add to the problems behind creating and shipping the drugs. Some of these complex processes require extensive lead time, making a machinery problem the cause of an unavoidable shortage. Lead times vary from a few weeks to several months. Companies take great pains to manipulate schedules and inventory to ensure that all orders are filled. They also work to ensure that all preventive maintenance tasks are properly performed, keeping the machines in tip-top shape. Doing so is the best way to avoid a shortage in the drug supply.

A good example is the cytarabine injection. The cancer-fighting drug used in chemotherapy treatments had its supply affected by manufacturing issues. The drug went on back order with the company scrambling to release doses as they came off the assembly line, bypassing the schedule. Despite the increase in production after the problems were corrected, a shortage in the amount of the chemo drug was still plaguing cancer patients and their physicians for months after the initial problem.

When the company can’t get the drug it needs to fill the orders and create the product, no manufacturing occurs. According to the FDA, this problem anti-seizure drug magnesium sulfate in the injection form. The companies ran out of the components for the drug, causing the productive to grind to a halt as material orders trickled in. the company announced the problem in early spring but had hoped to get production back up and running—after months of little to no drug availability. The demand for the drug doesn’t cease in the meantime.

One of the most abundant causes of drug shortages is the increased demand for the products. Medical science has advanced so that it is possible to treat many illnesses that were once fatal o debilitating. The downside of that is the exponential growth in demand for the drugs. Manufacturing companies try but have difficulty keeping up. The FDA found that many of the drugs on its shortage list were there because the drug supply did not come close to meeting drug demand.

Companies can do their best to avoid shortages through preventive maintenance on the machinery, self-inspection against contamination and crisis protocols in place in case of emergency. However, the lead time needed between production initiation and delivery is one thing that must change in order to overcome the problem of manufacturing delays in drug shortages.