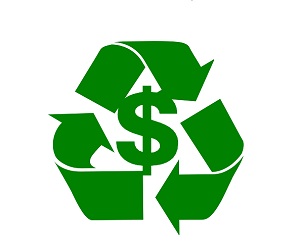 Is Scrap A Recession-Proof Industry?

The manufacturing sector in the U.S. is very healthy, showing 22 consecutive months’ expansion as of May 2011. This is a quite a feat after the recession in 2008 that left the entire nation with double -digit unemployment and a bleak future. Firms started producing once again, and hiring. In 2011, the manufacturing industry gives hope to others. There is one industry that withstood the recession year and came out of it clean (although with some fluctuating profit margins): the scrap business. Just what makes this industry so… sustainable?

In March 2011, the Institute of Scrap Recycling announced that the U.S. scrap exports industry was up 14.4% from March 2010 and up 23% from February 2011. The primary buyer for all of this scrap: the People’s Republic of China. The large nation has found it very profitable to buy cheap scrap (cheap because the American dollar value is low) to use in its manufacturing processes. In fact, Chinese manufacturing has enjoyed an increase in steel production in recent years, partly because of American ferrous scrap. According to Recycling Today Magazine, the Chinese have a limited steel supply, and a lot of new construction that won’t yield scrap for 30-50 years. The iron ore supply is also next to nothing, making China one of the biggest importers steel scrap in the world.

Environmental awareness may mean less fuel usage, but it also means more materials from home, and commercial recycling. The abundance of materials has only increased in recent years, as municipal waste districts have adopted recycling programs. The recession may have actually contributed to this trend. When times are lean, people tend to reuse what they have, getting more into the recycling mentality. Some turn to recycling because of the money that can be found in scrap.

The one truth in the recycling industry is that there will always be trash. With that comes the sorters, cleaners, compactors, shredders and shippers needed to get the material where it needs to be for its next reincarnation. Meanwhile, corporations and citizens continue to create more waste, creating ever-new opportunities for the recycling industry.