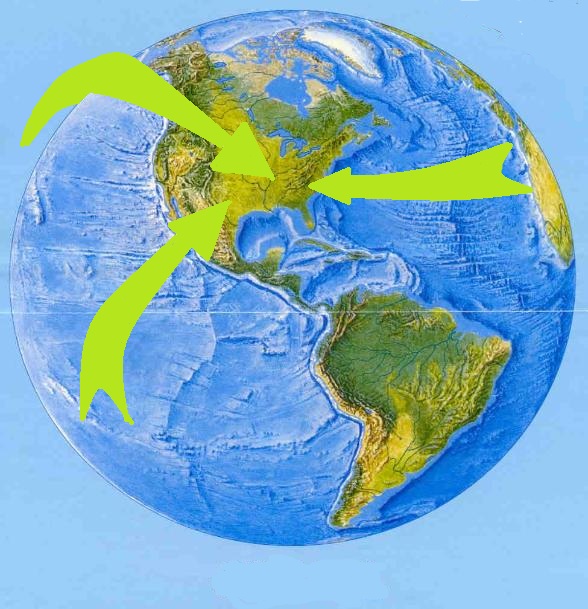 How States Are Luring Multinationals Back to the U.S.

It began a few years ago. Multinational firms have started relocating to the U.S., reversing a trend of increased outsourcing since the 1960s. The subtle transition to the U.S. for manufacturing went unnoticed and minimally reported on in the media, due to the recession that the country was dealing with, but when the quarterly economic reports were handed down in May 2011, the once-subtle trend was suddenly an obvious reality. The firms that had fled the country in droves over the past 40 years were returning home. The question among even the truly grateful American citizens became Why? There is no one answer.

Outsourcing by U.S. Companies has been fueled by the cheap labor and real estate found in countries such as China and India. At the time, American wages were far above those demanded in foreign countries. Add a simpler (or sometimes nonexistent) regulatory regime than that found in the U.S., and you had the perfect recipe for cost savings.

Fast forward to 2011, where the economies of both India and China are flourishing. China’s economy has grown by leaps and bounds, this includes the value of their yen. India has taken advantage of the twelve hour difference between the U.S. and their country to provide more extensive services. They have also learned from all the tech training, using it to create technological advancements of their own. Both countries have seen the wage for their average worker increase dramatically.

Now, the cheap labor is nowhere in sight. In fact, the American worker in some areas of the country may be a cheaper to employ than their foreign counterparts. With the higher incomes also came higher real estate prices and materials costs, closing other incentives for relocating a plant to another country.

Unionization was once cited as the reason so many American laborers earned high wages. It was seen as one of the leading reasons for outsourcing. Today, however, the Chinese labor unions are gathering steam, growing to protect the country’s workforce against the lax labor regulations that once attracted foreign firms to the country. The natural effect of this shift is toward higher wages and overhead increases as firms are forced to upgrade their facilities and improve benefits while cutting work hours. The movement toward de-unionized shops in the U.S. only makes the changes in China that much more of a hardship. More and more American workers are voting to create nonunion shops in their workplace, resulting in lower wages and more control for the workers.

The decline of manufacturing jobs over the past half-century may not be completely reversed by the return of firms like toy companies Wham-O and K’NEX, General Electric and even Catapillar to American soil, but there are signs that it is no longer cost effective to work abroad, so American plants and managers are coming home.