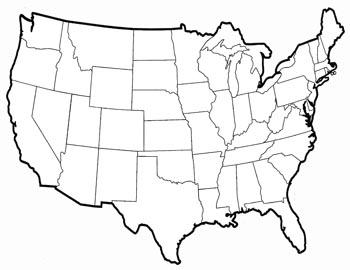 The Curious Case of Factories Relocating INSIDE the U.S.

For many years there’s been a fear of outsourcing in manufacturing. This fear comes from a time when companies were relocating outside of the U.S. to take advantage of cheaper labor and infrastructure. Once the Great Recession started on the slow path to recovery, a curious thing began to occur. Firms were still relocating, but into the old shells of factories that had recently gone out of business, or just across state borders. This type of “outsourcing” was new, but a great deal for the workforces in those areas. Contrary to what you might think, local economies were not the primary reason that so many firms took this path.

In this case, we’re not talking about plant safety, but the safety of the people living in the area and for the firm itself. Many areas once known for their cheap labor and low building and materials costs are now known for having some of the highest crime-rates in the country. The incentive for relocating is not monetary, so much as practical.

To kick start the economy and to lure firms back to the U.S., federal, state, and local governments are offering a wide variety of incentives, including tax breaks, grants, and low interest or subsidized loans. A business could gain enough in incentives to recover some of the high cost of staying in the U.S. versus relocating to another country.

When it comes to skilled labor, the costs of training foreign workforces can be high. The same is true of relocating qualified employees overseas to fill positions. Relocating locally, or within the U.S. gives firms access to already trained personnel who only have to learn the procedures used in a specific factory. Whatever the case, workforce costs are an expensive part of relocating. Added training costs for an entire workforce may just blow the budget.

When making a decision whether or not to move a plat, management must also consider severance costs. Employees who are let go and not rehired may need to be compensated. Severance payments, including pensions and post-employment costs, can take a huge chunk out of a relocation budget.

Instead of moving out of the country to save on labor costs but incur other expenses, many American firms are deciding to stay put. In doing so, they are helping the manufacturing industry keep and create jobs, and will take advantage of some savings of their own.