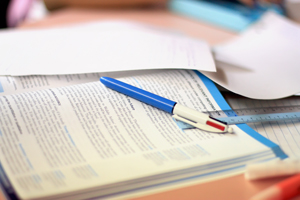 According to the report, the manufacturing technology sector experienced an 83% increase in consumption over October 2010. The consumption in dollars was $2.4 billion, which is a vast improvement over the same time last year. The associations are touting continued boosts in consumption for 2011.

Spending is on the rise.

Consumers buy the goods produced from the equipment made with the manufacturing technology was tracked by the AMT and AMTDA report. According to their findings, companies are consuming more of the technology, which means the goods that are eventually created are being consumed as well. In short, people are spending more money once again.

Such a large increase in manufacturing technology consumption means that the companies are producing. Furthermore, the companies in charge of creating the equipment being consumed must have the workforce available to meet the rise in orders. Many of these companies experienced layoffs prior to 2010, but had to staff up during the year. Therefore, the manufacturing industry is hiring once again.

The overall economy is recovering.

With money being spent, goods being purchased, and people being hired, one would be hard pressed to deny that the economy is on a rebound. The substantial increase in the sector, 83%, suggests a jump-start that one can only hope continues into the coming year.

This is a look at one sector of the economy. Others have not been so fortunate. Although many in manufacturing are hesitant to declaring end to the recession in the industry, and many jobs have yet to return to the vast numbers of unemployed, one would be hard-pressed to deny that the 2010 numbers for manufacturing industry were anything but positive.