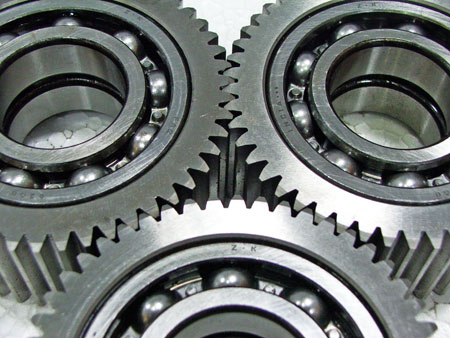 Parts: The Hybrid Motor’s Gift to the U.S. Economy

Hybrid motors are showing up in many of the new car models rolling off the assembly line today. In addition to boosting the automotive industry out of the financial crisis that they suffered in 2008, the hybrid motor has also revived industries that once thrived off of gas powered motor production. Motor parts production suffered greatly as the major automobile producers slowed production to a snail’s pace. Many of them were forced to close, sending millions of dependent families, and the communities they live in, into financial straits as well.

Then, along came the hybrid car, with a motor that is both gas and electric powered. The production of such a motor required retraining, retooling, and re-energizing of an industry that everyone feared was dead.

In truth, it wasn’t until the financial collapse of the auto industry that Americans found out just how much they really rely on cars to survive. Surprisingly, seven out of 10 auto manufacturing plants make parts for the cars and not the full car. The importance of the parts industry is further highlighted in creating the hybrid vehicle. For example, the makers of Honda utilize over 600 separate parts suppliers to make their hybrid vehicles. Few parts are made by Honda themselves. This allows businesses an opportunity to hire millions of workers, therefore improving local economies.

It is a common assumption that hybrid vehicles parts are largely produced outside the U.S. This assumption is supported by that fact that the original leading hybrid car companies, such as Honda (located in Japan) lie outside of the U.S.’s borders. However, these foreign firms often build extensive production plants within the U.S., further boosting local economies. Honda alone employs millions of people in this way.

No matter what your view of hybrid motor technology may be, you must admit that the contraption saved the auto industry in the U.S. The parts sector is just one segment of the auto production system. The hybrid motor alone is a complicated mechanism that is the source of employment for many people. Thus the hybrid vehicle not only saves the environment, it is also doing its part in resurrecting the American economy.