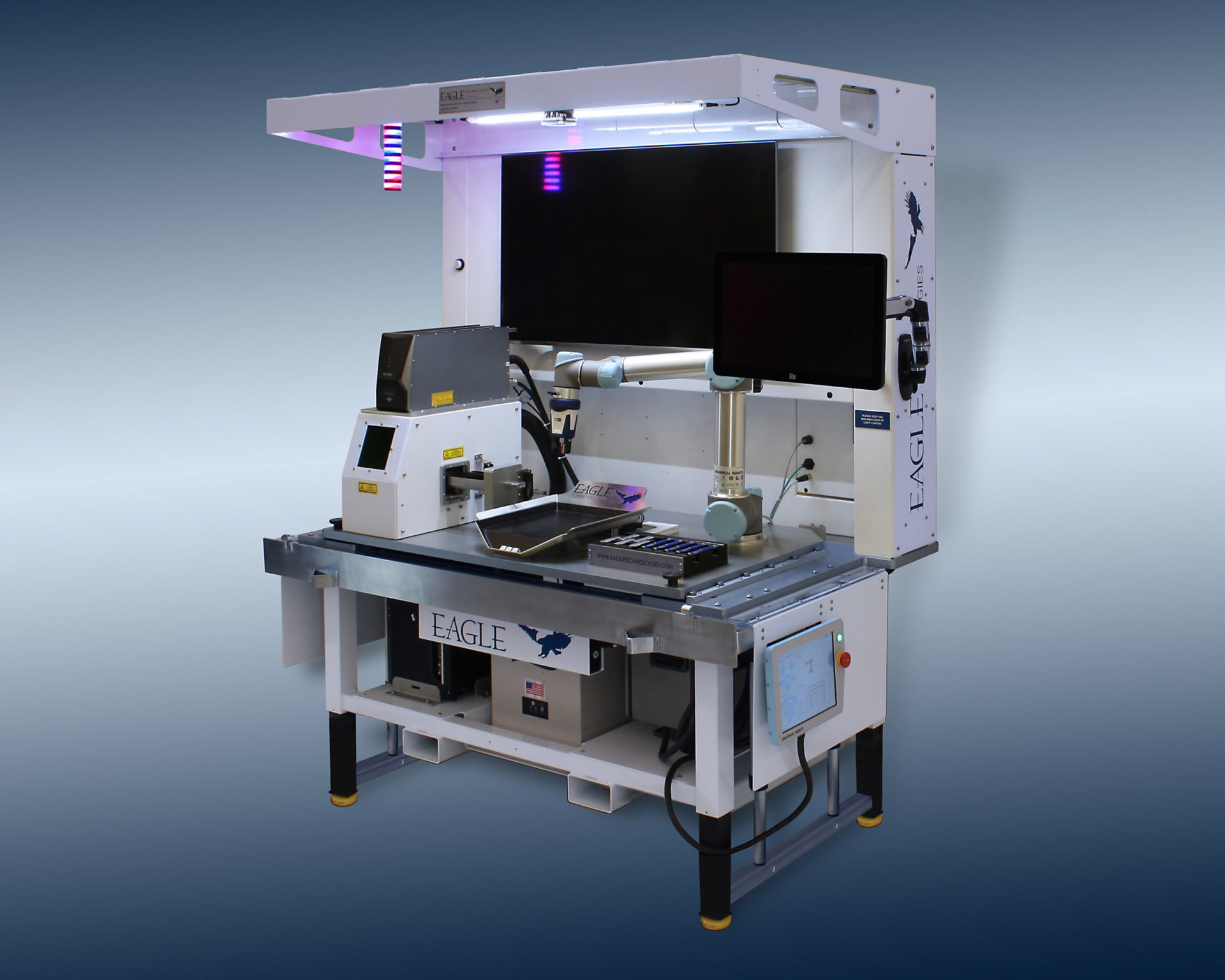 The future of manufacturing relies on workers and robots working safely alongside each other.

Since the earliest instances of robotic automation in factories, worker safety has been a top concern in the industry. Robots not only operate at higher speeds than human workers, they also maneuver larger and heavier objects. Without effective safety measures in place, workers can be seriously injured or killed.

Over the years, the safety systems developed to protect workers have involved restricting access to areas where robots operate, pressure sensitive safety mats that cause robotic systems to halt when workers come near, and a combination of proximity sensors and light curtains to detect the presence of workers on a factory floor.

All these measures work well for robots operating independently of human workers. But what happens when a robot is designed to work alongside human operators? Collaborative robots—also known as cobots—are an increasingly common fixture in advanced manufacturing spaces. Although designed to be easy to work with, often featuring user-friendly, reprogrammable interfaces, cobots still pose risks to workers without the right precautions in place. For mobile cobots operating in a dynamic work environment, this is an even stricter necessity.

Fortunately, cobot safety technology is advancing along with the cobot industry at large, not only eliminating potential hazards, but expanding the tasks cobots can safely perform in the process. The following are four ways cobot technology creates a safe environment for workers.

Many industrial robots move through factory environments following a pre-set floor plan that they use in combination with other Simultaneous Location and Mapping (SLAM) systems, such as LiDAR to navigate through shelving and around objects that may cross their path. On work floors with relatively few human workers and a reasonably fixed environment, these systems work well.

But cobots are more likely to operate in crowded environments where the position of objects may change minute-to-minute, and where potential collisions with human workers or fallen objects pose a greater risk. In these situations, the limitations of 2D LiDAR systems—which measure distance by emitting pulses of light but do not necessarily identify objects—become more apparent.

Fortunately, modern visioning technology has improved SLAM systems with the aid of fiducial markers and machine learning. Fiducials can be used to help vision-equipped cobots navigate, even in a dynamic environment, while machine visioning can help cobots identify human beings and predict their movements, thereby limiting collisions.

Not all robots have visioning technology, and even those that do benefit from redundant sensory technology in case something slips through. Proximity sensors can be set with different fields, so that if an object or person penetrates an outer field the cobot slows down, but does not stop altogether unless the object or person breaches the inner field.

A system set up in this way means that the cobot can operate productively, even with humans frequently passing through its space, without endangering those workers. It also typically enables a more flexible work space, as production areas do not need to be entirely sealed off while the cobots are operating.

While proximity sensors provide valuable information to cobots about their environment, cobots need feedback about their own movements in order to make the appropriate adjustments. Speed monitors are the most obvious, not only for controlling a cobot traveling between locations, but also for the movements it makes while performing tasks.

However, the movements of the cobot itself are only part of the picture. If a cobot is holding an object, sensors must also account for its path and velocity. Imagine, for instance, a cobot rotating a steel bar. It does no good to only monitor the position of the end effector if the tip of the bar could still hit something—or someone. Torque sensors account for the shape of the object being maneuvered as well as the force of rotation. Combined with proximity sensors and machine visioning, they can help manufacturers fine-tune cobot movements whenever human workers are nearby.

Finally, no safety system is complete if it relies solely on technological systems which, despite their engineering, may have blind spots or unanticipated faults. Redundant safety features, such as bumpers that detect if a robot is about to bump into something, provide extra backup in case one system fails. Additional failsafes and emergency stops can be incorporated into a cobot environment, providing workers a sure way to halt production in case of an emergency.

With the correct training and safeguards, cobots enhance worker safety and wellbeing.

Manufacturing environments carry many risks. Technology can go a long way toward mitigating them, but employee training is also necessary to prevent accidents, as is evidenced by stories of worker injuries sustained after ignoring safety protocols. Workers still face risks if they assume a cobot will move or respond in a certain way, if they become so accustomed to their environment that they forget the dangers, or if the workplace culture becomes one that encourages taking shortcuts or ignoring hazards.

However, with the appropriate measures in place, cobots don’t just make factories more efficient, they also make them more safe for workers. After all, employee safety isn’t just related to injuries caused by a robot—it also has to do with the injuries that an employee might sustain performing duties without robot assistance. For instance, cobots can free workers from having to perform tasks in awkward positions, from tasks that might cause repetitive strain injury, from tasks that are excessively noisy, or from tasks that are inherently more dangerous, such as handling sharp or heavy objects.

At Eagle, we have extensive experience helping manufacturers implement robotic solutions that make their operations more efficient while also improving safety conditions for workers. Contact us to learn more.