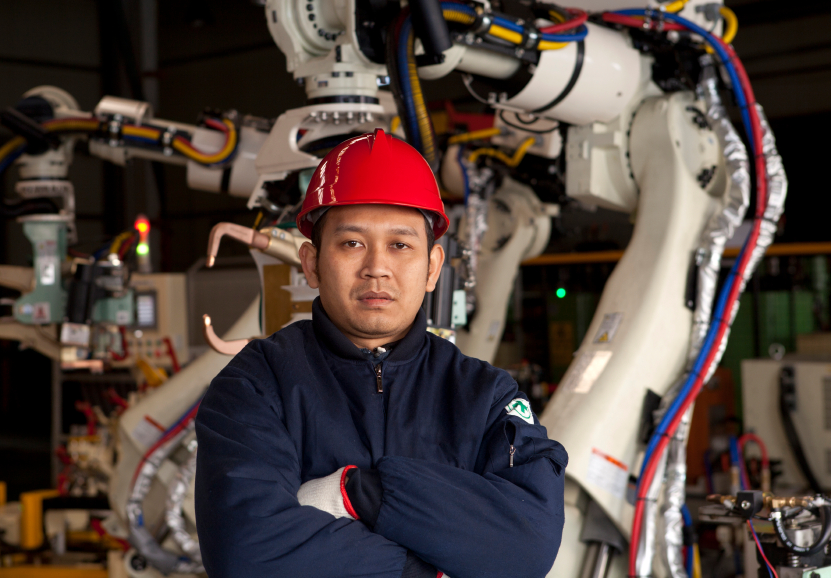 Automation may take over some jobs, but not humans

Automation is becoming more commonplace in factories today. This prompts many workers and analysts to wonder if this automation will come to replace workers entirely. Research being conducted at Purdue University points to automation as unable to replace humans completely.

David Hummels, a professor of economics at Purdue University, says humans still have a unique advantage that machines may never be able to emulate: our ability to respond to other humans.

“We have evolved over 100,000 years to be exquisitely perceptive to visual and aural cues from other people around us, which is an important skill that machines may never be able to match,” Hummels says.

It’s true that robots and other forms of automation are continually improving, becoming better at certain tasks or increasing the number of tasks that they are able to perform. However, there are some circumstances where they are both more and less well-suited for tasks once performed by humans.

Hummels says that machines will be better than people at an increasing number of tasks. People, however, still have a large advantage when interacting with other people, because it’s a trait that has been fine-tuned through evolution.

While automation is making its way into more factory jobs, the robots being installed are not going to be able to take over every task that humans perform. Where decision-making or human interaction is required, humans still have the upper hand over robots and automation.