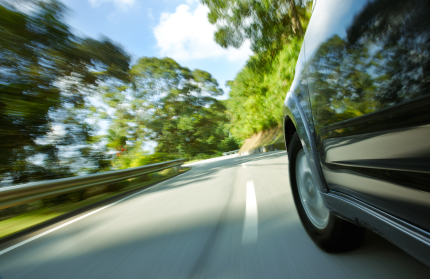 Why Ford’s EcoBoost is a Hybrid Compliment

Since 2010, Ford Motor Company has been placing its new EcoBoost under the hoods of new car models. The Taurus and the Escape are two examples. However, the company has been making waves by removing the popular hybrid engine option from the three different engine options offered for the 2013 Escape. This news was shocking and the confidence with which Ford made the announce had some wondering if the EcoBoost was intended to compete with the hybrid. In truth, Ford isn’t saying.
A look at the hybrid history and press for the EcoBoost reveals that the two may actually compliment one another in certain markets. For those who want power Hybrids have the distinction of being excellent on gas savings and a lifesaver for the environment. However, some drivers see the cars as a bit lacking in the power department, and that’s exactly the consumers that. The EcoBoost has the gas savings of a hybrid, but the power under the hood that you won’t quite find in the hybrid versions of the cars being offered. The offering of the Escape in three different engine types is evidence that Ford is going after those with some environmental guilt, but still want the power of a conventional engine. Drivers looking for a car that meets federal guidelines on gas mileage and that gets the errands run won’t worry about power.

It is still a conventional engine that takes gas, but in a more environmentally efficient way. The vehicles meet guidelines, but do not qualify for incentives offered for hybrid autos. For the environmentally aware crowd, the lack of an electric component will be a deal-breaker. The switch from a hybrid to an EcoBoost, for such drivers would be like buying a Suburban—it will never happen. Hybrids have a hardcore audience that will remain solid until a better alternative arises. The conventional gas powered EcoBoost is not it. It will gather a following looking for the horses under the hood and savings in the tank, however. This feature will simply compliment the offerings that a hybrid bring to the table.