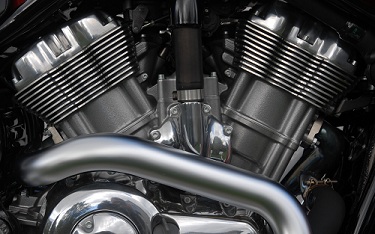 It's Not Over Yet for Internal Combustion

There has been a recent flurry of new hybrid vehicles, as the hybrid sales generated by Japanese automakers (Toyota and Honda) over the past couple of years have enticed American automakers who were once devoted to the internal combustion engine (ICE) to begin expanding their lineup of hybrid offerings. In fact, the ICE has had a hold on the automotive market since the first Ford rolled off the assembly line and into the showroom. However, the news of a hybrid revolution, forecasts of the hybrid engine taking over a large part of the car market for 2011 and ads for the new hybrids on the market have created a need to ask the question…It the end of the ICE nearing? The short answer is no, but here are four reasons.

In travel, the hybrid prevails on all counts as the preferred car for the commuter. The gas savings overrule the higher cost of a hybrid over a car powered by an ICE. The hybrid engine is especially better when the care is subjected to your typical metropolitan commute—long distances augmented by stop and go traffic. Here the ICE vehicle is no competition. However, the gas savings do not prevail over the increased cost of a hybrid when the car is driven normally and the gas prices are within a moderate range. Consumers end up recovering the increased cost of the hybrid through gas savings, but only after years of ownership when the gas prices are sufficiently low.

Owners of hybrid vehicles are given the luxury of thinking of themselves as environmentally conscious consumers, and are willing to pay for that luxury in a world where the ICE car owner is seen as a gas-guzzler who is ruining the environment and wasting fossil fuels. This positive and trendy image for hybrid cars means that manufacturers can charge higher prices for them relative to other cars, and more cost-conscious consumers can get small non-hybrid cars, which are still fuel efficient, but without the price tag of a hybrid. The upscale image of hybrid vehicles may bode well for the future profitability of these cars, but it does mean limit the number of early adopters, by sending potential hybrid owners looking for a car with a lower monthly payment.

The laws implemented over the past few years mandating auto emissions standards, fuel economy and much more have made hybrids the better choice for the car market. But, that was only temporary. Yes, the hybrid engine is ready-made to fit the required 39 miles per gallon or more fuel economy for cars (30 mpg for trucks) and less than 250 grams of carbon dioxide per mile. The ICE vehicles did have to undergo some changes, but every new model rolling off the assembly line now meets the new standards, making the new laws a non-issue (until more stringent regulations are rolled out).

Beginning in 2009, analysts have tolled the death knell for the ICE. In reality, hybrids have yet to dominate more than 2.5% of the cars sold in the U.S. The numbers have yet to reach the one million in sales mark. The hybrid engine itself is still too new to topple the ICE, too expensive, and facilities for the electric versions are not readily available. In short, the hybrid engine has made its mark with American consumers, but unfortunately the engine has some work to do before it can topple the American standard internal combustion engine.