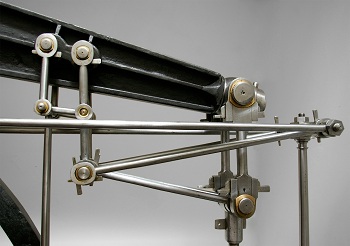 Manufacturing has been in the news of late, surrounded by optimistic musings of a manufacturing “renaissance”. Bloomberg’s Business Week devoted an entire section of the magazine to it and MIT (Massachusetts Institute of Technology) devoted an entire roundtable session to the idea. But what is a renaissance really and why is news of this phenomenon bigger than the recession news rolling out Wall Street recently? There is more than one answer to this question.

After more than 20 years of rapid decline in the manufacturing industry, companies began to look at ways to change the industry rather than endure until industry improves. Companies are improving the workforce by sending them back to school to learn the new technology, rather than holding on to the old ways. They are learning to work with less of a workforce, which is also the result of the industry’s struggle to attract new workers. Companies are making machines more efficient and processes more multifaceted.

A great example is the Michigan Assembly Plant, created to handle more than one car model and engine type down a singular assembly line. The workers were all retrained to handle the new system, which is a mixture of automated and manual processes. The combination is quickly changing the way others in the auto industry make cars.

One of the largest problems of the past two decades has been outsourcing. Firms move their manufacturing sectors out of state in an effect to save money on labor and infrastructure costs. China, Mexico and India were popular spots for the outsourced companies. In fact, China held that title as the largest benefactor of American firms over the years. However, the increase in business has been a boom for the country in more ways than one.

A side effect is a rapid increase in the wages that China pays its workers. Business Week estimates that the wages will rise up to 20 percent in the next year. Combine that with the low value of the American dollar and the cost savings of moving to China are practically nonexistent. In the near future, such a decision may actually be one without many cost benefits.

Government Icing on the Cake

Local, state, and federal governments are adding to the many tax incentives and public funding for green and technologically advanced projects. Private investments also exist for building improvements, new infrastructure, and even green projects. These rewards make staying in the U.S. a lucrative move for companies looking to cut costs.

The manufacturing industry is one of the few growing sectors in this slow economy by 300 percent. Despite working with a much lighter workforce, the sector is recreating itself to attract companies back from overseas. This is news in itself. The technological advances and new way of doing things make this a true manufacturing renaissance.