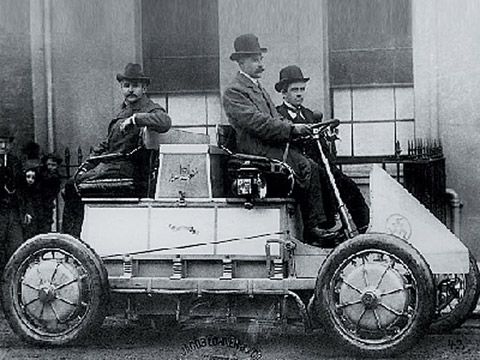 The Evolution of the Hybrid Motor

Before the gas engine rose to power, the first motors were actually powered by steam and electricity. The first steam-powered car was created in 1769 by Nicholas Cugnot. Later in 1839, Mortiz von Jacobi designed an electric boat motor, right around the same time that an electric carriage surfaced, created by Robert Anderson. These were all created before the gas engine even emerged onto the scene.

Rise of the Gas Engine

Some people will stop here to ask how the gas motor acquired such a choke-hold on the auto industry? At the turn of the century, inventors were making strides with the steam and electric powered vehicles, but the technology needed to sustain the motors was just not available. For example, the electric motor needed a battery to help store the energy for long distances and the steam engine was dangerous without some sort of regulator to prevent combustion. This made any alternative that was safe and with endurance the king of the road. That alternative became the gas engine.

Electric and steam powered motor believers didn’t entirely abandon ship, however. In the late 1800s, when the first gas motors were making their debut, the first hybrid car also came to life. The first hybrid was created by Dr. Ferdinand Porsche (yes, that name should look familiar) who worked with engineer Jacob Lohner to create the Lohner-Porsche Mixte hybrid which used two fuel sources. The batteries charged while the gas powered engine kept up a constant rotation to power a dynamo, which was the charger itself.

In 1900, the two men brought the Mixte to that World’s Fair in Paris. An event that would help spawn other incarnations like the Krieger Hybrid, the Belgian Auto-mixte and even a hybrid bus.

The Killing & Rebirth of the Hybrid Car

Instead of furthering the innovation though, Henry Ford and the gas engine began digging a grave for the Mixte and steam engineering. Gas was much cheaper to use and the technology needed to bring a car to the craving public was available. The innovations needed to advance the development of electrical engines, hybrids and steam engines were well into the future. Fortunately, these technologies didn’t go out quietly. Hybrid vehicles reappeared in the 1960s in the GM512 and the VW Taxi. It wasn’t until the late 1990s the that hybrid motor poised itself for a comeback that would once again change the auto industry as we know it.