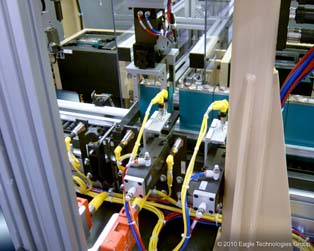 How the Prius Revived the American Auto Industry

The gas engine nudged out its competitors in the beginning, thanks to a lack of technology and the economically appealing fuel that was gas at the time. However after years of domination, 2008 saw an upset in the balance of things in the auto world. The entire billion dollar debacle that brought the American auto industry to its knees can be traced to a lowly Prius – and its hybrid motor.

When SUVs Ruled the Road

The Prius was created in a time when the oversized, gas-guzzling sport utility vehicle SUV ruled the road. Such a car was a symbol of American prosperity and excess. Like all such symbols, it died when the prosperity ended. The death occurred in 2008, after the stock market crashed on the heel of subprime lending scandals and news of recessions overseas. Gas prices were skyrocketing and Americans were losing their jobs and their life savings in the same day.

No one could afford a SUV with the rapidly rising foreclosure and unemployment rates. Americans quickly downgraded and sniffed around for a car that could get them through the $4+ per gallon gas prices without adding more debt to the already taxed family budget. In rode the Prius.

And Then Came the Prius

First developed in the late 1990s, as the tech boom was at its height, Toyota unveiled the Prius as an environmental alternative to the SUV. It was the first mass produced car with a hybrid gas and electric motor. As the Prius gathered steam, the big three American auto makers were actually retiring their electric car models for various reasons and rolling out more SUVs. However, the Prius did find a foothold with the environmentally conscious and the budget challenged groups.

During the time leading up to fall of the Detroit automakers, people had begun to trade many of their more pricey SUVs for cars like the Prius—hybrids that took less gas and cheaper purchase prices. Suddenly, in 2009, the American auto makers found themselves on the wrong end of a culture shift. People were flocking to Toyota’s hybrid cars, trucks, and SUVs and leaving the gas guzzlers in the dust.

Fall of the Petroleum Kings

Daimler Chrysler and GM went into bankruptcy. Ford barely stayed afloat. Several car lines that were once considered staples (Pontiac, Saturn, etc.) were discontinued entirely. The automakers found themselves begging at the knees of Washington D.C. for a handout. That’s when the questions came: Where are your hybrids? The companies had a few models to show, but nothing like their Japanese competition.

Today, there are more and more hybrid cars being introduced each day, many to meet the public demand and others to satisfy what is now federal law on hybrid car production. Because of the Prius, a tiny car that stood toe to toe with the lumbering giants that were the SUVs, the U.S. now has a chance to greatly reduce its gas intake. Those tiny cars also did what no other could for more than a century – make the hybrid motor a staple on the American highway.

So where do you stand?

Have you purchased a hybrid car? For environmental or economical reasons (or both)? If you haven’t picked up a hybrid yet, what’s stopping you? Leave your thoughts in the comments!