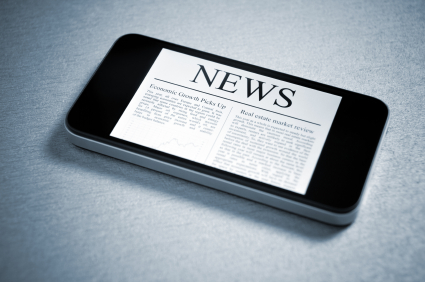 Look further than the headline

It’s always worth keeping in mind how the news business works, when you follow the news as closely as we do. They have to be able to condense an in-depth story into 250 words, and then condense 250 words into a single headline, and add a photograph which is illustrative of the story, and conveys a large amount of what they’re trying to say, without any words at all. It’s important to keep this in mind because often there’s more to a story than just what the headline says, and if you want to know the whole story (even the short, 250-word version), you have to read a little farther. Case in point, here’s a recent piece on the manufacturing sector, from Reuters:

Now, that headline alone is true. It’s not as if they’re trying to mislead you, but it does sound distinctly like bad news, when perhaps it isn’t as bleak as all that. Even just a closer reading of the headline tells you that the sector is still growing, though perhaps not as fast as it was in previous months. This can happen for any number of reasons. Manufacturing isn’t shrinking, certainly. Sustained periods of growth are very hard to maintain. Just read a little further:

The index remained above 50, indicating factory activity continued to expand, only less rapidly.

When including domestic demand, new orders grew, though the reading of 51.9 showed the pace of growth slowed. June’s tally was 53.7. The employment index rose to 52.9 in July from 52.8.

Now, the slowing growth rate is still not good news, certainly. Hopefully, the industry will continue to grow over the next few months, and exports will pick up. Still, it’s important to not let the headline be the whole story.