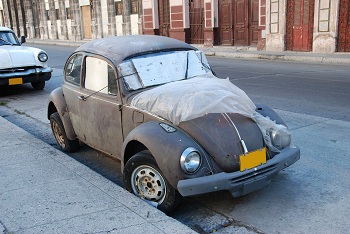 The Aging Cars On America's Roads

A recent report by Polk & Company has attracted some attention in recent weeks. This report shows that the median age of vehicles on the road in the U.S. is at an all-time high, meaning that Americans (consumers and businesses) are still opting to keep their old cars running, rather than buying new vehicles. There are a few factors that contribute to this trend:

While interesting and in some ways disconcerting, the report doesn’t signify the death of the auto industry. On the contrary, the industry is producing better vehicles than ever, and the pent-up demand as the economy pulls out of recession is sure to drastically improve the industry’s fortunes, and in short order. Ford’s profits for the first quarter of 2011 were its highest in over a dozen years, helped partially by the company’s decision to raise the price of its vehicles. They feel confident that they are selling a car more valuable in previous years, because it lasts longer and is more fuel-efficient, and consumers have responded by paying a higher price.