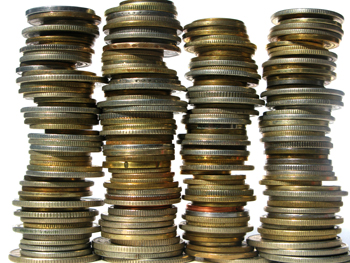 Why 2010’s Manufacturing Review is Good News for the Economy

The country’s political, economic, and manufacturing industry officials are doing a proverbially happy dance over 2010’s year end manufacturing industry statistics. The slight increases are indeed news of some movement in the industry, but why all the fuss? To understand why such seemingly small progress translates into a good 2011 year, you must learn about the indices used to measure economic progress: the production index, gross domestic product, and factory activity index.

The production index is a major statistic that represents a very important sector in manufacturing. It shows whether or not machines are producing. These machines are in turn operated by employees producing goods to meet orders, which are sent out to companies who finally sell to consumers resuming their buying habits. The small increase seen in December 2010 is part of a long-term trend in increasing progress gauges. Long-term trends mean the industry is back on track. That’s why even a 5.7 percent rise in production is cause to celebrate.

The factory activity index is a  measure of industry progress. It is a “composite” of inventories including, production, employment, purchase orders and even freight times. The number produced is a percentage that is positive the more nearly it approaches 100 percent. Economists view a number above 50 percent as essentially a good one. Any movement north of 50 means progress.

For December 2010, the factory activity index, according to the Institute for Supply Management (ISM) rose less than a percent from November 2010. This minor increase is an increase all the same. In fact, the ISM states that the 57 percent index was the highest since May and represented steady growth. This means that, despite the economic difficulties the nation is still experiencing, the manufacturing sector grew steadily, again reinforcing the idea that this is a long-term trend.

The most important number in the U.S. economy is the gross domestic product or GDP. It is a measure of everything produced in the country, including services. The GDP increase has larger ramifications. It means that the economy as a whole is on the upswing.

Where does manufacturing come in? Reliable Plant, a manufacturing resource, explains that manufacturing makes up almost two thirds of The United State’s exports and 12 percent of the GDP. A rise in the manufacturing sector equals a bump in GDP. For 17 months, the GDP has been increasing. Great news for the economy.

Although the percentage increases are small, they represent large strides in the manufacturing sector and the economy as a whole. Economists believe that 2011 will see a continuation of those increases, bringing more jobs for those still waiting in the wings.