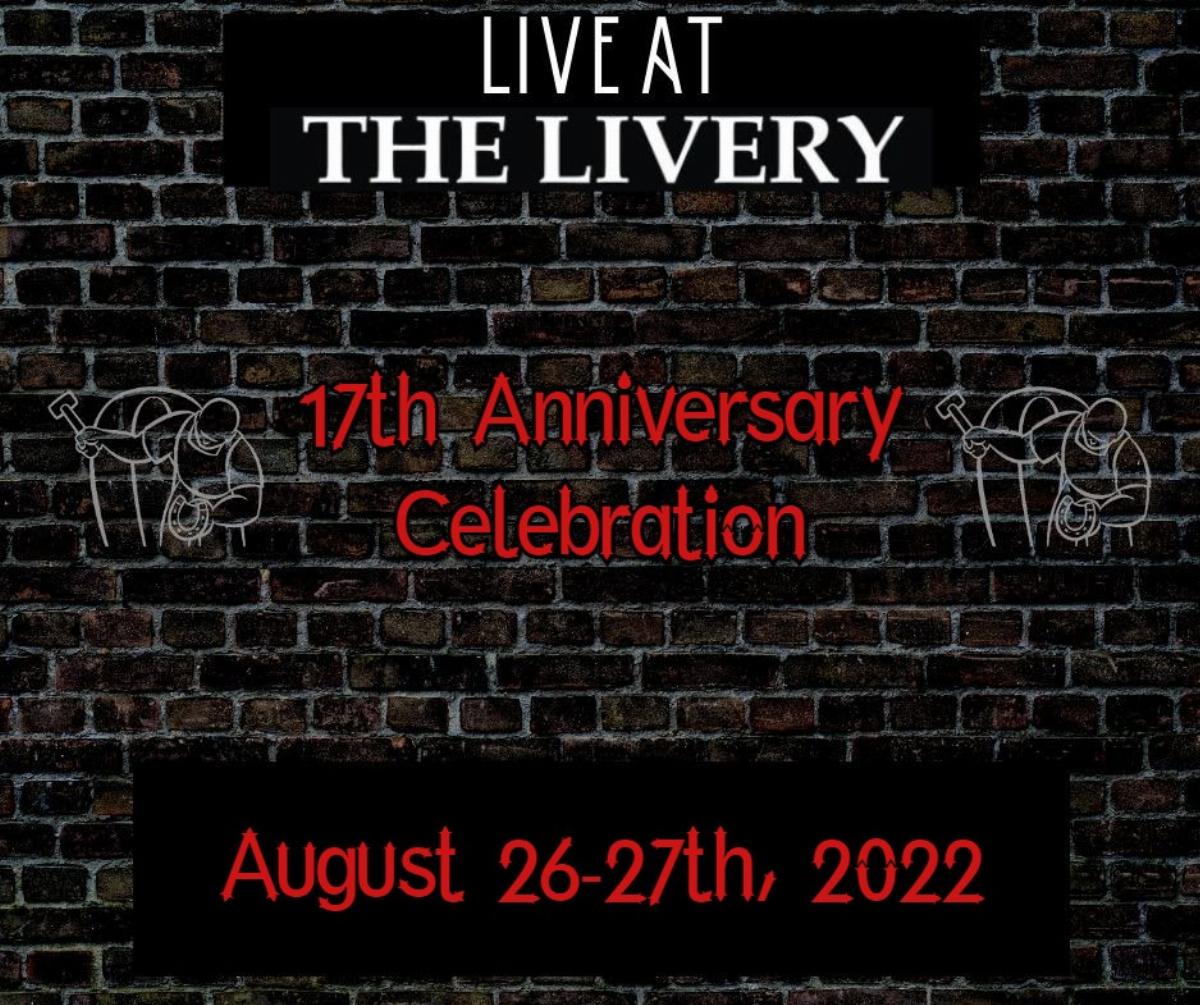 Join The Livery as we celebrate our 17th Anniversary on August 26-27th, 2022!!
Look for a specialty beer tap list, specialty firkin tappings, bottle releases, food specials, and live music!!
Entertainment:
Friday, August 26th:
Mike Struwin Band hits The Livery to help us celebrate 17 years of hand-forged beers with a special night of music!
7:30pm doors | 8:30pm show | $10
Mike Struwin is a long-time favorite here at The Livery and we love to see his various projects come to life on our stage, whether it be a “Campfire Stu” children’s show, an album release party for his latest record “Ginger Peach”, a featured set of holiday tunes from his album “Forgotten Hymns”….or just for no reason other than a damn good time!
Saturday, August 27th:
Cruz Contreras of The Black Lillies returns to The Livery for a “hometown show” to help cap our Anniversary weekend! Cruz will be joined by special guest vocalist/fiddle player: Sara Jean Kelley!
7pm doors | 8pm show – $15adv / $20 at door
The frontman, founder, and driving force behind The Black Lillies’ raw and rootsy sound also co-founded Robinella and the CCstringband, and has collaborated with musicians ranging from John Oates and Jim Lauderdale to Langhorne Slim and The Turnpike Troubadours. His projects have topped both the Billboard and Americana radio charts, won Independent Music Awards, and been nominated for the Americana Music Association’s Emerging Artist of the Year award. After over a decade touring under the name The Black Lillies, Contreras is currently performing as a solo act.
Over the years, Cruz has appeared on nationally broadcasted television including Late Night with Conan O’Brien, CMT, VH-1, GAC, Bluegrass Underground and PBS Television’s Sun Studio Sessions. His music has been lauded by outlets as diverse as American Songwriter Magazine, Rolling Stone, NPR’s Morning Edition and Vanity Fair, among others. Contreras is currently at work on his debut solo album, ‘Cosmico’, to be released 2021