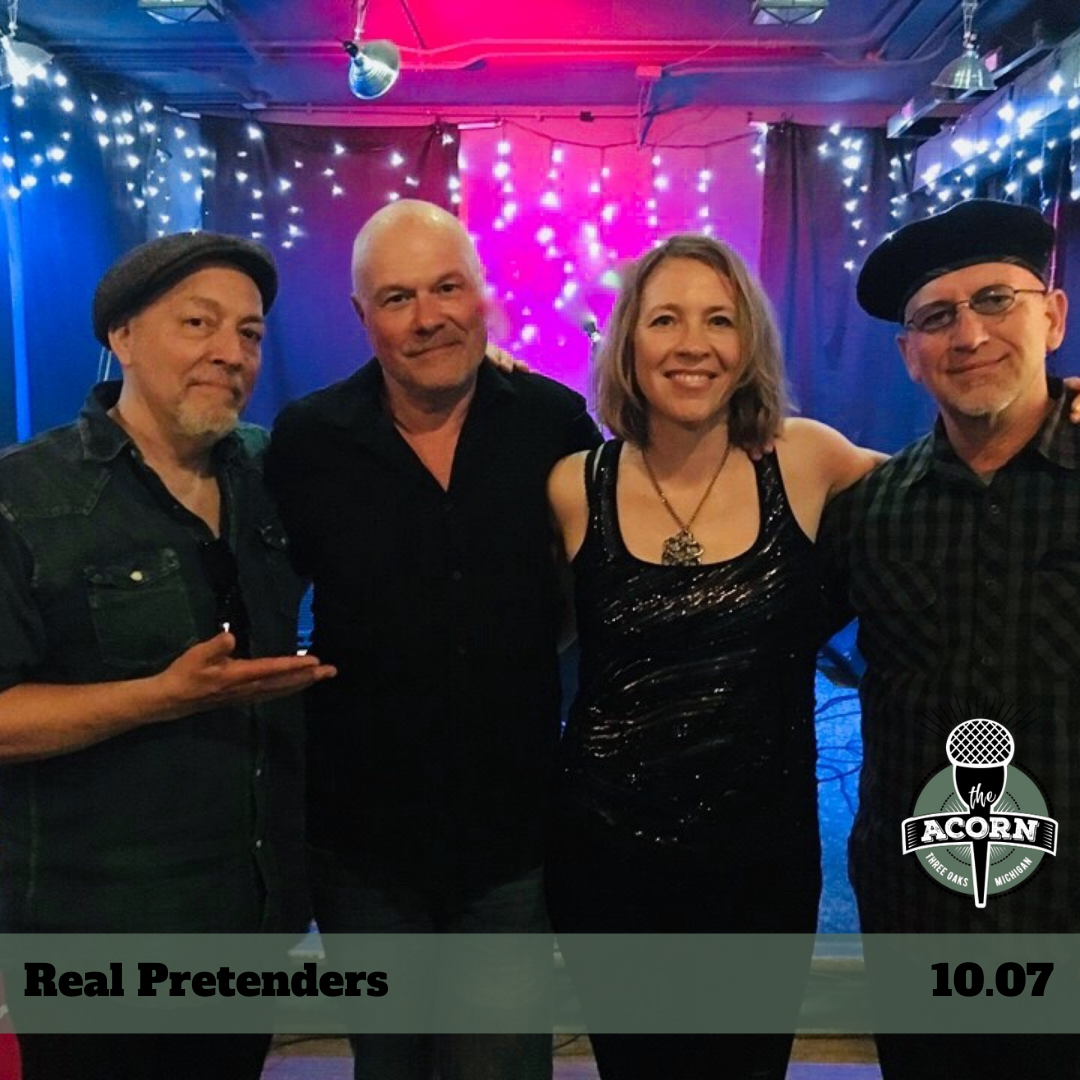 Real Pretenders are four Chicago music scene veterans (Expo ‘76, Heartsfield, Zimmermen, Naomi Ashley Band) with a passion for the hard-driving rhythms, catchy melodic hooks, soul-tortured lyrics, and back alley sex appeal that characterize the music of the Pretenders. They aren’t costumed acts; they don’t play the original members of the band as characters. Instead, these established players, with audiences of their own, have come together to thread the musical needle between faithfully rendering the Pretender’s sound and joyfully harnessing these timeless and lustful pop rock gems as a means to expressing their own musical identity. Not only do they take on both the band’s classics and deep cuts, but they also offer a new take on songs covered by the Pretenders, as well as those that perhaps might have been. Real Pretenders aren’t simply a tribute to the music of the Pretenders, they are a tribute to their essential spirit. Do not miss it.